All SGEU meetings begin with a reading of the Statement of Equality and Treaty Territory Acknowledgement. This serves as a reminder to the participants that all meetings must be held in a respectful and harrasment-free enviroment, and acknowledges the treaty territory where the meeting is being held. 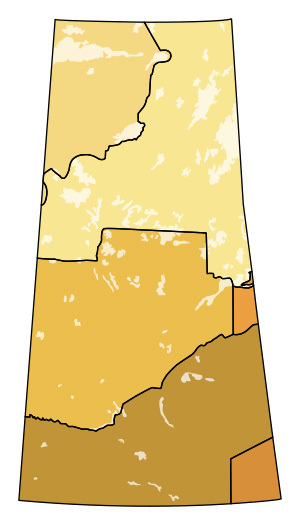 The Statement of Equality and Treaty Acknowledgement

Harassment is any behaviour that undermines the dignity, self-esteem or security of an individual, or creates an intimidating, threatening, hostile or offensive environment.

Our Union will not tolerate any forms of harassment and/or discrimination which violate any person’s or class of person’s right to be treated with dignity and respect. Such action by a member may result in immediate expulsion from the meeting or event by the Chair or Ombudsman.

This SGEU event/meeting will occur on treaty [see map] territory, and in the Homeland of the Métis Nation.

Download a copy of the Statement of Equality and Treaty Acknowledgement.

Introduction to the Role of the Ombudsman

The Ombudsman enforces SGEU’s Equality Statement at all functions and union gatherings. If a member experiences racism (or other forms of harassment or discrimination) at a union event, a complaint can be made to the Ombudsman or to another officer of the union. The role of the Ombudsman is to hear and investigate complaints and to mediate fair settlements, especially between aggrieved parties such as members or participants within SGEU meetings. The Ombudsman is an individual charged with the duty of redressing the sources of complaints lodged by SGEU members and officials.

In SGEU, the Ombudsman works with the Chairperson to accomplish their goals and to ensure that SGEU's Equality Statement is enforced. They do that by encouraging and promoting a thoughtful and respectful climate of discussion as a necessary condition for solidarity among union members, by mediating fair resolution without taking sides, and by remaining neutral in all disputes.

A lot of the business of unions takes place in meetings of different forms and sizes. Understanding meeting processes can help you be more effective as a steward and union activist.

Formal meetings are run according to a formal set of rules known as parliamentary procedure.

Rules of order were created to promote democratic dialogue and decision-making by groups of people. Dozens of rules have been created over the years, but the key ones you need to know to participate in and follow proceedings are listed in "10 key rules you need to know".

Article 11 of the SGEU Constitution spells out the rules in more formal language.

Knowing the rules helps you take action on your issues – but taking action requires more than expressing your opinion, no matter how well you do it. You need to be able to move motions, and recruit others to second them and vote for them. Getting a motion passed or amended means educating people about the issue and mobilizing them before the meeting.

At formal meetings, like conventions, you are expected to write up your resolution or motion before you move it. There are two common styles of resolutions: formal and clear language. Within SGEU, you can use one of two different formats. Formal resolutions follow the traditional wording used in parliament, while clear language resolutions sound more like the way we would explain something in conversation. Both types are shown in "examples of resolutions."