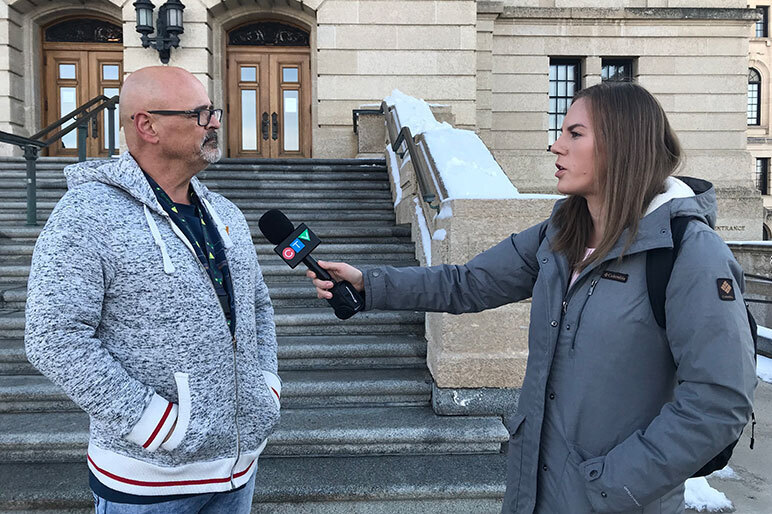 Growth for everyone? SGEU challenges the claim in today’s Throne Speech

Today’s Throne Speech is titled Growth that Works for Everyone.

Clearly that’s not the reality of this Throne Speech. This decision to privatize the retail side of SLGA is NOT growth that works for over 350 Saskatchewan people who work at our province’s public liquor stores.

These are people who are trained and knowledgeable and who have worked hard – some for over 45 years.

This is a huge blow to these people – who are our friends, family and neighbours.

This is also a blow to the Saskatchewan economy because public liquor stores bring in significant revenues for the government each year.

It boggles my mind why the government would choose to give up revenue from public liquor stores – revenue that has been used to help pay for things like education, health care and highways.

SLGA’s own annual reports show that public liquor sales have been particularly strong in the last two years or so. This is revenue that will now go to private corporations who take over the store licenses.

SGEU is outraged that we were not given the courtesy of a heads up about this significant decision.

SGEU is committed to supporting our members whose lives and livelihoods will be impacted by this decision.

If you are an SGEU member affected by this decision, know that we are here to support you.

Contact one of the following if you have questions or need support: