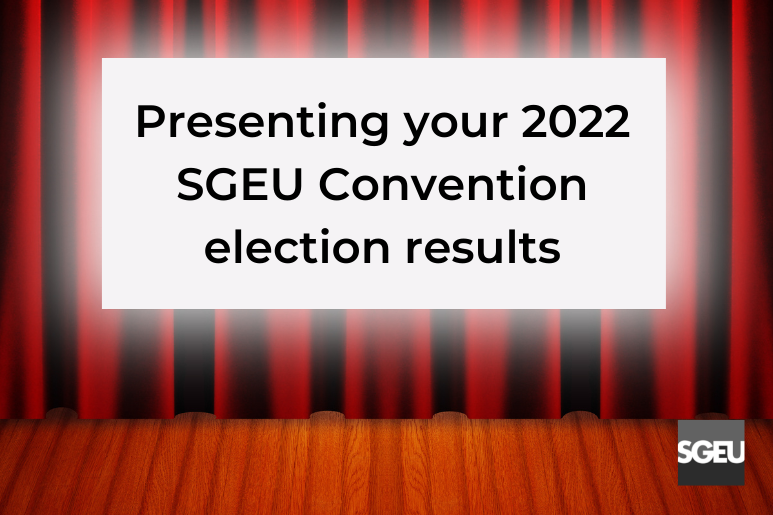 Election results from your 2022 Convention

Congratulations to the following members of our union who were elected to serve two-year terms representing SGEU: