A three-year funding freeze to the Saskatoon Sexual Assault and Information Centre (SSAIC) is resulting in reduced services for survivors of sexual assault and job cuts, according to SGEU.

Earlier this month, after not receiving a funding increase for three years, the SSAIC was forced to cut its hospital services and lay off seven casual support workers and one half-time staff member.

SSAIC has also been forced to dramatically scale back its crisis line, eliminating all volunteers, and one staff member whose job was to recruit, train, schedule, and manage volunteers. After-hours calls will now be forwarded to Saskatoon Crisis Intervention Services.

The need for sexual assault support services in Saskatchewan is high. According to Statistics Canada, one in three women, and one in six men, are sexually victimized before age 18. In Saskatchewan, 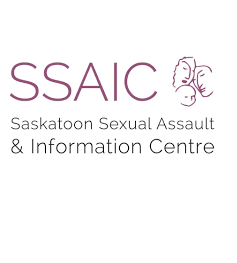 that translates to over 193,000 women and 96,000 men facing the trauma of early sexual abuse. Additionally, according to Statistics Canada, Saskatoon had the third highest rate of police-reported sexual assault among Canadian cities for the period between 2009 and 2014.

“Our members at the Saskatoon Sexual Assault and Information Centre are on the frontlines providing vital services to people in trauma,” says Bymoen. “They play a vital role in providing immediate assistance to vulnerable people in distress, and yet resources have not kept up with demand. Many community-based organizations like the SSAIC are operating on shoestring budgets, making it a constant struggle to provide proper support for people in need.”

As a result of the three-year funding freeze to SSAIC, workers have also not received cost-of-living wage increases for three years.

“Increased resources would not only allow SSAIC to continue providing vital services, but it would also help to adequately compensate people doing some of the most important work in our province,” says Bymoen. “SSAIC needs more resources to pay its operating costs, and to retain first-rate staff by ensuring employees are fairly compensated for their work.

“CBOs save money and lives. It’s time for government to do better and invest in the vital services that Saskatchewan people rely on, and in the workers who provide these critical services.”