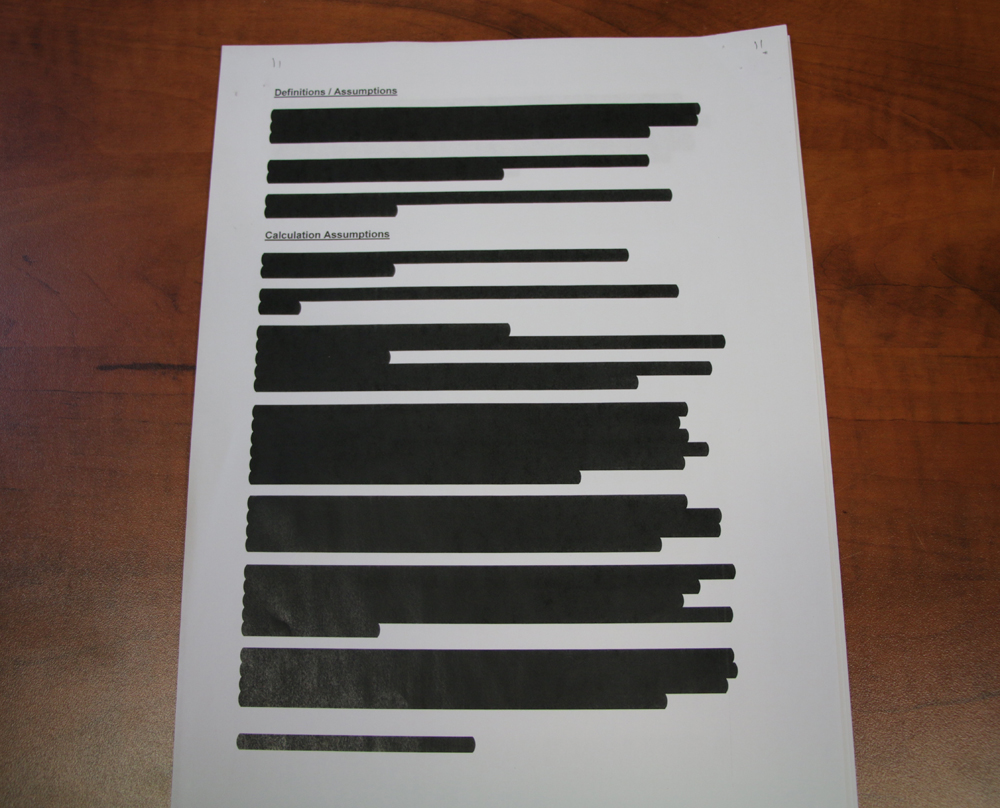 The provincial government isn’t being transparent when it says that its liquor privatization plan is revenue neutral, according to SGEU.

In a Jan. 2018 letter to SGEU President Bob Bymoen, the Minister responsible for the Saskatchewan Liquor and Gaming Authority Gene Makowsky wrote that 40 of SLGA’s 75 retail stores were identified for privatization “after a detailed financial analysis.”

On Jan. 19, SGEU filed an Access to Information request for this financial analysis. In SLGA’s response, it either heavily blacked out or completely withheld over half of the relevant documents.

Of the information that was actually made public, none offered any evidence that justified privatizing 40 highly profitable public liquor stores. The documents sent to SGEU contained no calculations, assumptions, or comparisons to support liquor privatization – just spreadsheet after spreadsheet showing that Saskatchewan’s public liquor stores were, in fact, all reliably profitable.

“Minister Makowsky is either pretending there’s a lot more to his ‘detailed financial analysis’ than actually exists – or he’s hiding the results because he knows they don’t support his government’s claims,” says Bymoen. “If government has proof that liquor privatization makes financial sense, it should be willing to share that proof with the people of Saskatchewan – yet the public has never been given a shred of evidence.”

In its response to SGEU’s Access to Information request, SLGA withheld the relevant information using discretionary exemptions to the access laws – meaning government could have released the information, but instead it chose not to.

“If this government had nothing to hide, it wouldn’t be withholding information,” says Bymoen. “Saskatchewan people deserve transparency, especially when government makes decisions that involve giving away millions in public revenues, while slashing services to make up for it.”

An independent financial analysis of the Sask Party’s privatization plan, conducted by the Canadian Centre for Policy Alternatives, revealed that the province will forgo upwards of $25 million in public revenue each year. The CCPA analysis took into account any savings to government as a result of not operating its own stores, as well as corporate tax revenue from private stores, and found that even so, liquor privatization will cost millions in funding that helps pay for valued public services.

“There’s strong evidence that privatizing 40 of the province’s public liquor stores will drain millions in revenue from the province,” says Bymoen. “Minister Makowsky and the Sask Party government haven’t even tried to refute this – they just keep repeating their unsubstantiated claim that somehow this will all be revenue neutral.”