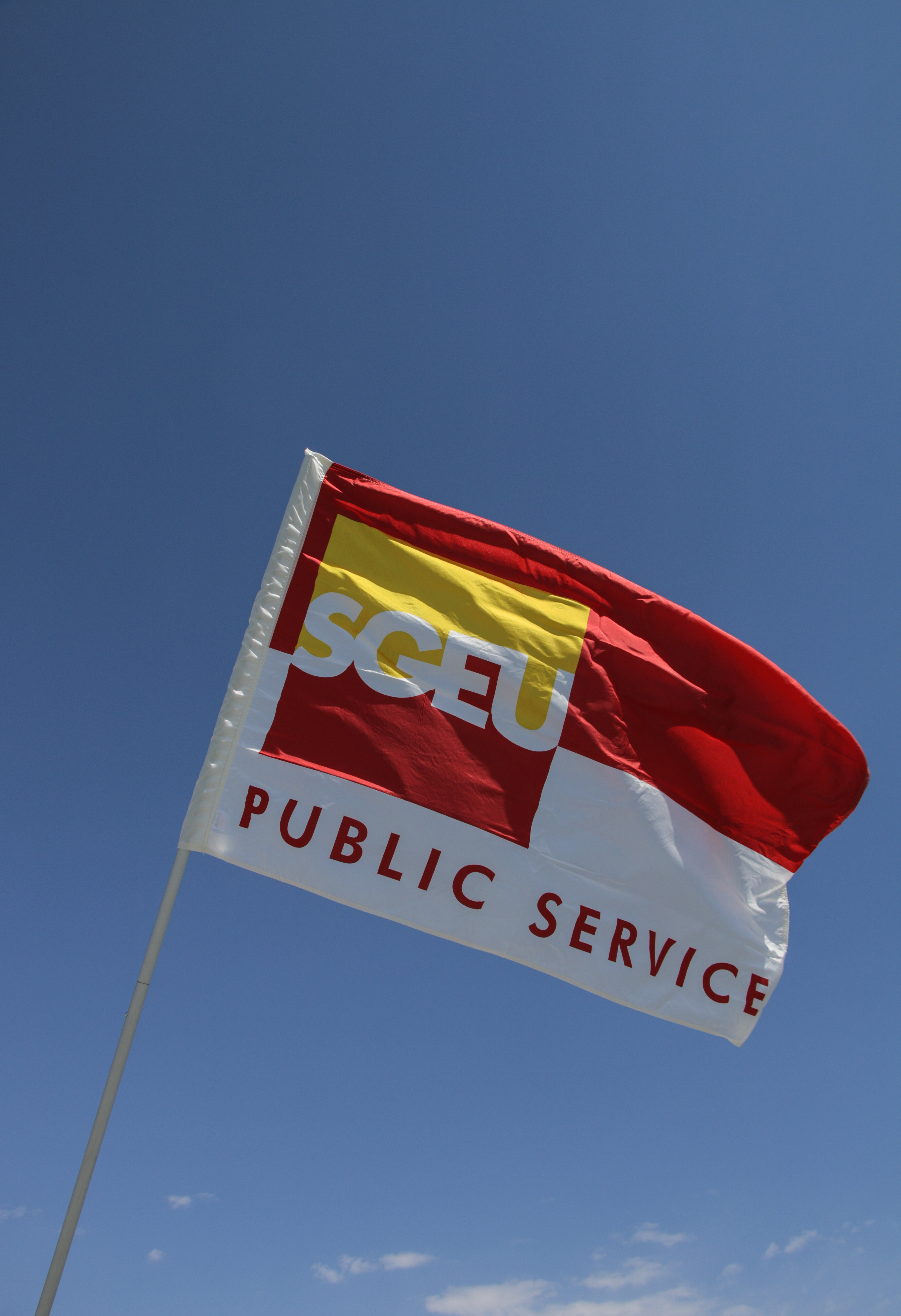 Negotiations between SGEU’s Public Service/Government Employment (PS/GE) bargaining unit and the Public Service Commission (PSC), which bargains on behalf of the provincial government, have reached an impasse.

“Our goal is to achieve a fair collective agreement for the people who provide important front-line public services: the social workers, wildfire fighters, highways workers, lab technicians, administrative professionals, agrologists and corrections officers, along with many others. Their work and commitment to Saskatchewan families should be valued,” said Barry Nowoselsky, chair of the PS/GE Negotiating Committee.

“Instead, public service workers have been scapegoated by a government that squanders hundreds of millions on high-priced out-of-province consultants and costly projects, like the Regina Bypass and Global Transportation Hub (GTH), an expensive and questionable carbon capture technology experiment, and the costly LEAN fiasco, just to name a few,” Nowoselsky added.

“It’s time for this government to show they value the work performed by our neighbours, family and friends who live and work right here in Saskatchewan.”

“Government is unwilling to agree to reasonable improvements in the collective agreement that would give workers and their families a little more economic security,” Nowoselsky said.

A strike vote will be conducted across the province throughout July. Bargaining for a new contract for government employees began in October 2016.

In February 2018, members were asked to vote on a Memorandum of Agreement (MOA). The tentative deal was rejected in April. When bargaining resumed in May, the union brought forward proposals on wages, pensions and other contract improvements. Talks broke down in early June.

“We are prepared to return to the bargaining table at any time,” said Nowoselsky, “but without a strike mandate, I doubt we can make any meaningful progress.”

“A mandate from the members to strike does not mean there will be immediate job action, but it strengthens the union negotiating committee’s ability to bargain for a fair deal,” he added.

Please note: No additional comments from SGEU will be provided at this time.